Differences Between a Rat vs Mice Infestation

If you’ve noticed scratching noises at night, mysterious droppings appearing around the house, and ruined fabrics, wires, and other items, chances are you may have an infestation of rats or mice. Though it may seem that there’s really no difference between the two, knowing what kind of infestation you have can make all the difference when it comes to treating it. The truth is that there are quite a few differences between a rat and mice infestation, with one being a little more serious than the other. Either way, knowing what you’re dealing with is the first step in getting rid of these little pests. This guide will help you identify the difference so that you can begin returning your home to a rat (or mice) free space.

Knowing the Differences Between a Rat vs Mice Infestation

Mice: With mice, there is only one species that can infest your home, though this doesn’t exactly make things better. Mice can produce more droppings than rats, usually because it’s easier and takes less time for a few mice to turn into a full blown infestation. Typically, house mice are able to produce between 50 and 75 pellets a day that are ¼ inch in length and pointed at one or both ends. In comparison to droppings left by both types of rats, these droppings are incredibly small, making easy to distinguish which rodent you’ve got on your hands.

Rats: One of the major difference between rats and mice is their behavior. Rats are typically very cautious, which is why you may not know of their presence for a long time. They tend to avoid new things in their paths and will stay out of the way when people are awake and moving about. On the bright side, this cautious behavior makes it easier to spot the patterns of rats in your home. If they have found a path to food, water, and supplies that they trust, signs will begin to show up. These include stains where rats have continually rubbed their bodies (i.e. baseboards, the corners of stairs and walls, etc) due to the grease and oils found on their fur, gnaw marks, and of course, droppings.

Mice: Unlike rats, mice are very curious and therefore likely to scope out anything new. This simply means that, when dealing with them, you have to do the opposite of what you would for rats. It’s harder to find a pattern with mice as they don’t stick to the same routes for too long. However, you should still keep your eyes peeled for droppings, gnawed wires, couch legs and cushions, and more. Mice especially love to use soft material for their nests, so you should keep an eye out for ruined pillows, chewed up papers, and other ruined soft products. 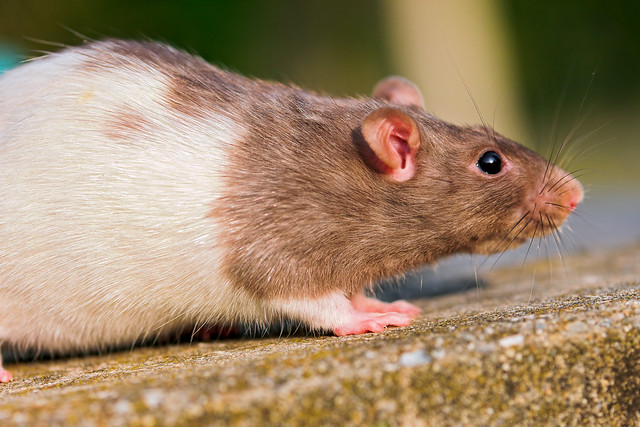 Rats: Rats tend to breed very easily. They can have up to 6 litters of about 12 babies a year. This equals out to more than 70 rats, which can all start breeding at as young as 3 months old. Unlike mice, which can breed at most any time of year, rats primarily breed in the spring, making this the prime time to put a stop to an infestation. Rat’s typically live up to a year or a year and a half, which means there are plenty of opportunities for breeding, babies, and a growing infestation.

Mice: Mice breed very quickly, so it is easier to have an infestation of these pests than with tats. In fact, a single female house mouse can breed up to 10 litters of 5-6 babies, which equals out to nearly five dozen mice in a year. What’s worse, these offspring reach reproductive age at as young as 6 weeks old. Since mice can live from 9 months to a year, this can spell disaster for a home that’s suffering from an infestation.

While both have their cons, having an infestation of mice can actually be worse than rats. Mice spread disease, multiply much faster, and can wreak havoc on a home when left unchecked. Either way, it is highly important to nip an infestation in the bud as soon as possible either by DIY methods, or by calling the professionals.