What Do Rodents Eat in the Desert?

What Do Rodents Eat in the Desert?

Have you ever wondered if the reason why rodents are invading your home, is because they can’t find food anywhere else? Especially when you live in the desert. Those dry hot summers are sometimes hard enough for humans to bear! So, what about rodents in desert? How do they survive the harsh temperatures? And more importantly, what do rodents eat in the desert?

You might be interested (or disgusted, depending on how you see it) to learn that there are several different rodent species that don’t just live, but thrive in the desert! Everything from squirrels to rats, to mice, can be found in the dry terrain. Here, we’ll name just a few desert rodents native to California and Arizona but understand that these critters are extremely resourceful and can be found just about anywhere!

Also known as the pack rat or trading rat. This little guy comes in an array of colors, ranging from gray to black, to brownish-red, with white or reddish underparts. Some of the most common species of woodrats are the bushy-tailed woodrat (Neotoma cinerea) and the and white-throated woodrat (N. albigula). The bushy-tailed woodrat is the largest of the woodrats, measuring almost ten inches in length and is the one most often referred to as the packrat. Although woodrats can be found all throughout the U.S ranging from mountainous territories to forests, to plains, they are no strangers to the desert landscape. In fact, the white-throated woodrat is known for building its nest under the protection of cacti, using the spines to build a protective barrier within the nest. Because of their small, light-footed nature, these desert rodents can climb a cactus with ease, obtaining most of their food from feeding off such succulents like prickly pear, cholla, and yucca plants. 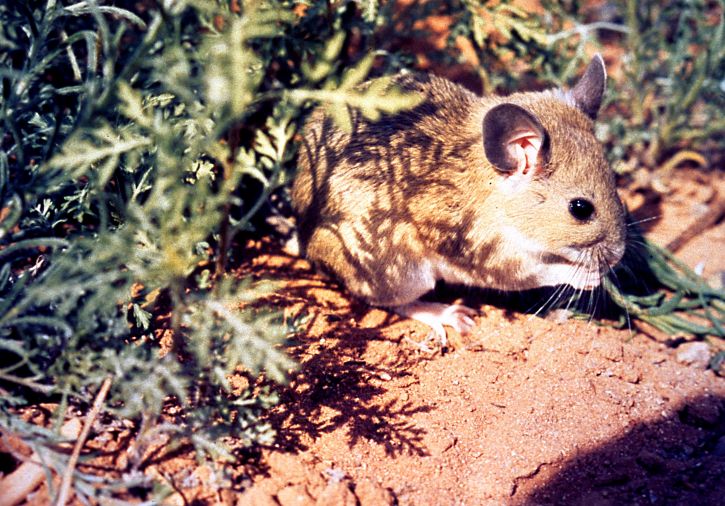 These little furry scavengers get the name trading-rat from a dated superstition that claims packrats to be fair businessmen. Packrats have been notorious for stealing human belongings, particularly items that are shiny. Once stolen, they would leave behind a seed, nut, or other food or object—hence giving them their name. But what’s really happening here, is that woodrats are only capable of carrying one item at a time, therefore, once they find something of greater value than what they’re currently holding, they will essentially “trade it” for the better find.

Like most rats and mice, packrats have been known to wreak havoc within homes, scavenging for treasures within attics and crawlspaces. They can sometimes build incredibly large nests called middens, where they store up everything they find. Pest control is no stranger to dealing with these desert dwellers.

Maybe you’ve heard of them. Maybe you haven’t, but there are many different types of kangaroo rat in the U.S. 22 types in California alone! But we’ll just talk about Ord’s kangaroo rat, which is the most common of them all. These little critters get their name from their large, powerful hind legs, (they can leap up to 9ft in a single jump!) which they use to hop everywhere they go. But the similarities between these rodents and the much larger kangaroo don’t stop there. They even have pouches on the outside of their cheeks that they use for carrying seeds and grains back to their nests. They are typically brown in color with white undersides, having a fur-lined tail that reaches about 7cm in length. Excluding the tail, the distance between their head and body stretches to a mere 4cm, which is pretty small in comparison to the torso of a Norway rat, which measures around 7 to 8 inches.

But don’t let their size fool you. They appear to be delicate little rodents on the outside, but they take on desert living with ease. One of their biggest assets is the ability to consume water entirely through the foods they eat. That’s right. Kangaroo rats can live their entire lives without ever having a drink of water! They mostly consume seeds in their regular diet but have been known to eat insects, fruits, succulents, and leaves. Because seeds are their preferred food of choice, they’ve become pests to farmers in states like Texas and California, where they frequently devour the seeds of vegetation, causing a decrease in plant germination.

These desert rodents survive the heat by digging expansive burrows underground, where they hide out and sleep during the day, surfacing only at night to scavenge for food while avoiding predators. Since these critters don’t hibernate, they store up seeds in their cheek pouches to later be deposited into burrows. From there, the cache is used to feed not only themselves but their entire families. Kangaroo rats can have up to 1 to 3 litters a year, with one to 6 pups in each. The number declines, however, depending on their nutrition intake, which is usually influenced by water droughts.

Although a pest to many farmers and gardeners, the Harris antelope ground squirrel is also a thriving desert rodent. They are similar to chipmunks in that they almost retain the same fur patterns, white stripes upon their backs. But they differ in that a chipmunk’s stripes reach to their snouts, whereas a ground squirrel’s stripes will reside only upon their backs. These little guys are the complete opposite of their neighbor, the tree squirrel, in that they use their sharp claws primarily for digging instead of climbing trees. Like rats, ground squirrels dig burrows as a means to store food and provide shelter from predators. Amazingly, some of these burrow systems can range between 5 to 30 feet! Their diets are also similar to chipmunks in that they eat most of the same foods: nuts, seeds, acorns, berries, leaves, etc… but they consume them in much larger increments. 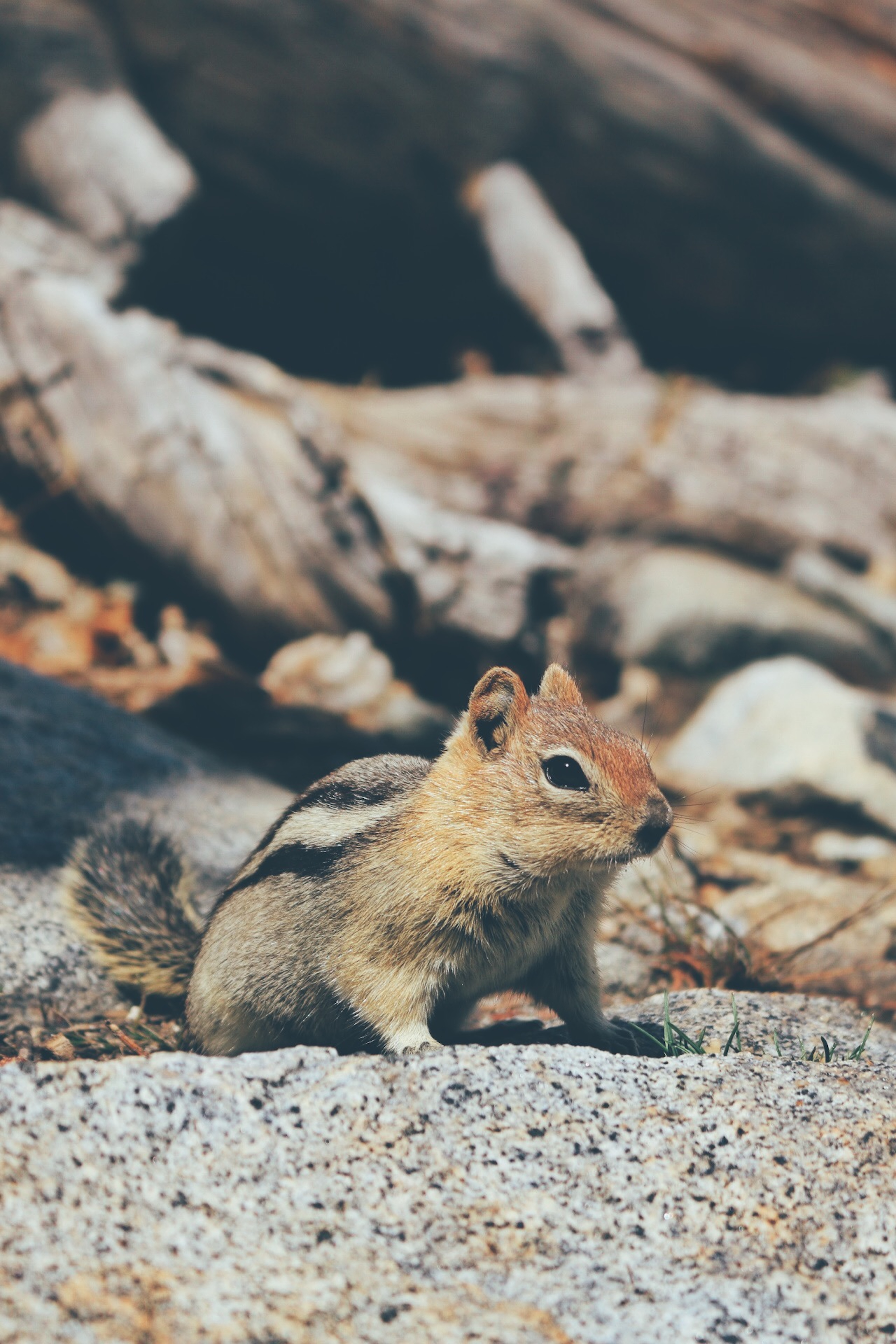 The antelope ground squirrel doesn’t hibernate, staying active all year round. They spend half of their time foraging for food and the other half sunning themselves on rocks and other elevated terrains. Because they dig extensive burrows and are constantly eating, they tend to wreak havoc in gardens and farmlands, making them a considerably difficult pest to many in California and Arizona.

Ground squirrels nurse their young within their burrows. They can have between 5-14 pups in a litter, but usually only have up to one litter per year.

Lastly, we’ll end with a rat we know all too well. The Norway rat adjusts well to desert life despite needing to drink up to 15ml of water every day. The reason for this is humans! Even if you live in the driest of climates, it’s not uncommon to meet up with one or a few Norway rats during your stay. The fact is, wherever humans go, these rats will follow. It’s because humans provide the perfect living arrangements for these pests without ever trying. Sewer systems usually supply more than enough water for them, and sure, they know how to burrow, but why would they burrow when there’s a giant warm house they can stay in? And food? No problem! Humans sometimes leave tasty leftover treats in easily accessible trash cans outside.

Whether you live in the desert or not, don’t leave your property susceptible to rats. An infestation can lead to house fires, health concerns, and ruined insulation. If you suspect you might have a rat on your hands, call your local pest control and get a free estimate today!